As Corona’s Officer of Natural Wonder, you will be paid to travel across Canada from September 8 2021 – November 1 2021, capturing and sharing the beauty of nature – and the importance of preserving it.

We believe any journey is just as important as the destination. For the duration of the trip, our Officer of Natural Wonder will be given the keys to a sustainably-designed, fully-customized Mercedes Sprinter, outfitted with a bed, kitchenette, roof-mounted solar panels and more eco-friendly features to provide plenty of comfort and functionality. 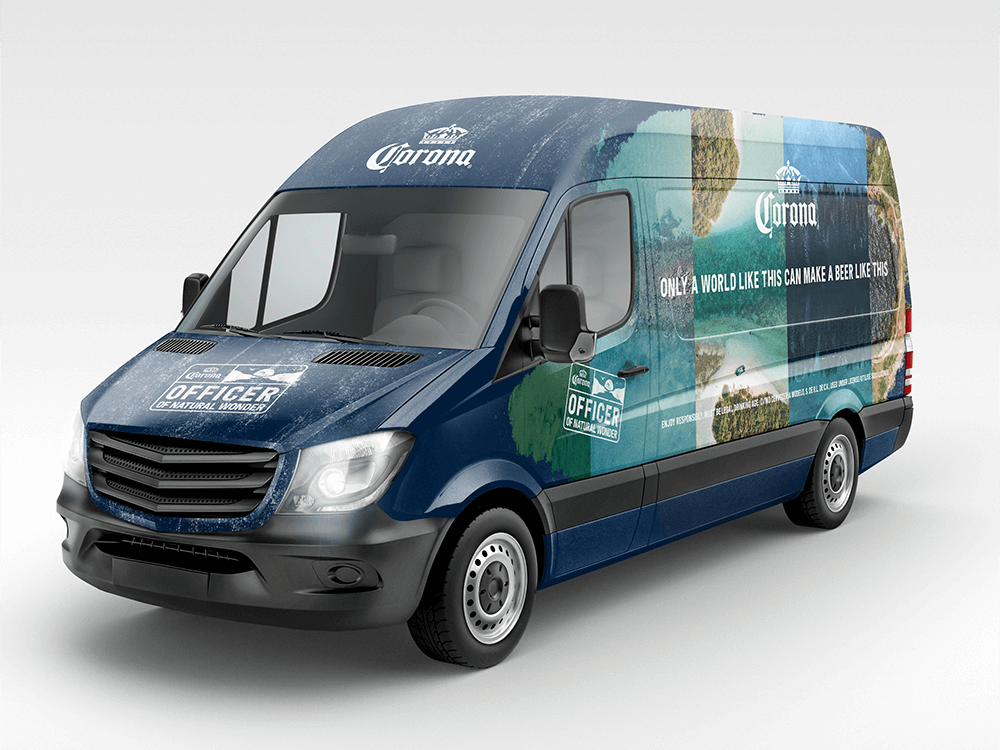 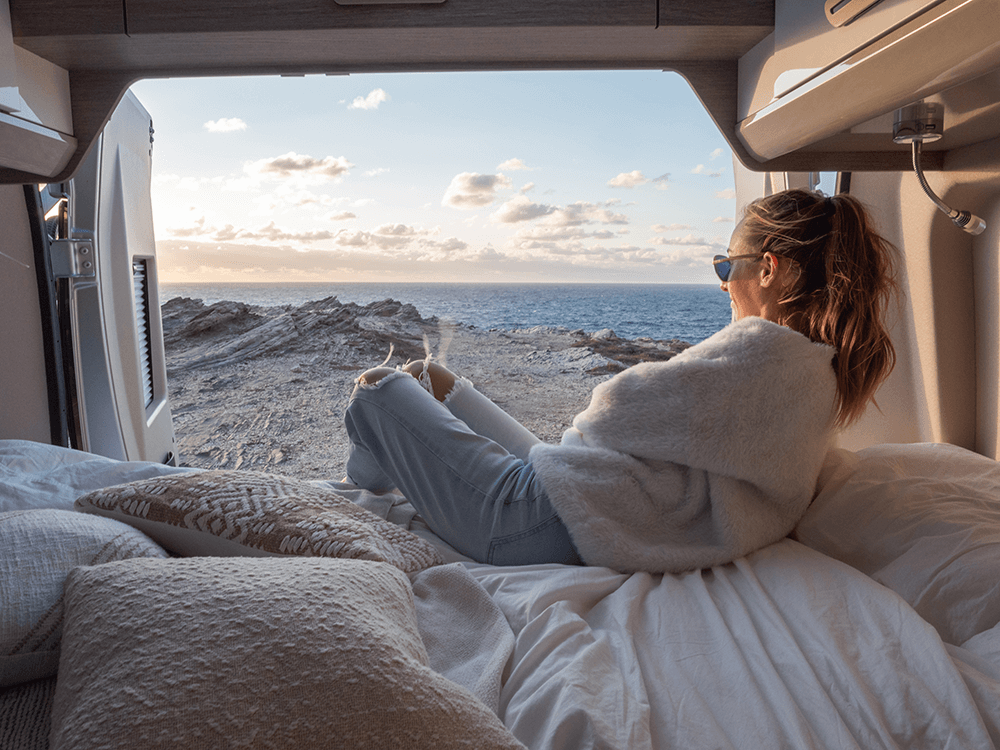 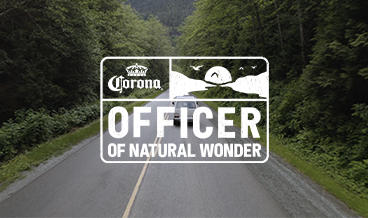 Does this sound like you? Then we want to know more. Apply Now and you could become
Corona's first-ever Officer of Natural Wonder.

We all have our own connection to nature. What's yours?
Fill out the form below and tell us why you should be our Officer of Natural Wonder.

Open only to residents of Canada who are 25 years of age or older, with a valid driver’s license. 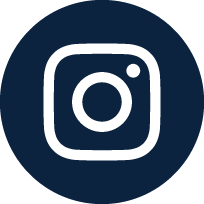 KEEP UP WITH US

*THIS IS NOT THE OFFICIAL POINT OF ENTRY.*

IMPORTANT: PLEASE READ THESE OFFICIAL RULES AND REGULATIONS ("OFFICIAL RULES") BEFORE ENTERING THE CONTEST. BY ENTERING THE CONTEST, EACH ENTRANT REPRESENTS THAT HE OR SHE SATISFIES ALL OF THE ELIGIBILITY REQUIREMENTS BELOW AND AGREES TO BE BOUND UNCONDITIONALLY BY THESE OFFICIAL RULES AND ALL DECISIONS OF LABATT BREWING COMPANY LIMITED (THE “CONTEST SPONSOR”). THIS CONTEST IS IN NO WAY SPONSORED, ENDORSED OR ADMINISTERED BY, OR ASSOCIATED WITH, INSTAGRAM OR CHEETAH DIGITAL. THE PARTICIPANT, IN ENTERING, IS UNABLE TO HOLD INSTAGRAM OR CHEETAH DIGITAL LIABLE FOR ANYTHING THAT COULD TRANSPIRE DURING THE COURSE OF THE CONTEST.

NO PURCHASE NECESSARY. MUST BE OF LEGAL DRINKING AGE IN THEIR PROVINCE OF  RESIDENCE. CONTEST IS OPEN TO RESIDENTS OF CANADA ONLY (EXCLUDING QUEBEC)

The Contest begins on or about Friday, June 25th, 2021 at 12:00PM EST. To participate in the contest, entrants must have Internet access, a valid email address, have a valid Instagram account. To submit a Contest entry (“Entry”), during the Contest Period, the entrant must  follow @coronacanada on Instagram and complete the Contest Submission form here: https://way.in/4fV1Yeg  (the “the entry mechanic”). You will also be required to confirm legal drinking age and agreement with the official rules. No other method of entry will be accepted.

There is a limit of one (1) entry per individual during the contest period.

Three (3)entries will be randomly selected by the Contest Sponsor or its administrative appointee (“Administrator”) in Toronto, Ontario on or around 12:00PM (EST) on July 3rd, 2021 among all eligible Entries received during the Contest Period (as defined below). Entries will be stored in a Contest database and will be drawn in accordance with these Official Rules (Contest database and the site at which these Official Rules are published by Contest Sponsor referred to collectively as “Contest Website”).

The Contest is only open to residents of Canada (excluding Quebec) awho are of legal drinking age in their province of residence and who are not employees, contractors, agents or representatives of the Contest Sponsor or its parent companies, their subsidiaries, affiliates, agencies, distribution companies, the applicable provincial liquor authorities, participating liquor licensees, prize suppliers, the Contest judge, or any person who is domiciled with any of the foregoing persons. The provincial liquor authorities are not connected with this Contest in any manner whatsoever and are not liable in any way whatsoever in regard to any matter, which relates to this Contest.

There are  three (3)prize packs available to be won, each consisting of a Corona Towel ($39.99), and Corona Clean-up kit ($30.00 ) The approximate total retail value of the prize is $69.99CAD. Alcohol is not included in the prize.

Odds of winning a prize depend on the total number of eligible entries received during the contest period.

Before being declared a winner, the selected entrant(s) must correctly answer, unaided, a mathematical skill-testing question administered via email by the Contest Sponsor or the Administrator. Before the prize is awarded, each prize winner consents to a standard declaration of compliance with the Official Rules and release form(s) releasing Instagram, Cheetah Digital and the Contest Sponsor (including its directors, officers, employees, representatives and agents), its parent companies, subsidiaries, professional advisors, provincial liquor authorities and advertising and promotional agencies (collectively, the "Released Parties") from any and all liability arising out of, pursuant to, or as a result of the carrying out of the Contest, including, without limitation, liability arising from the acceptance of and usage of the prizes as awarded, the administration of the Contest and the selection of a potential winner. By entering the Contest and/or accepting a prize, the entrant agrees to release and hold harmless the Released Parties from any liability whatsoever and waive any and all causes of action, for any claims, costs, injuries, losses or damages of any kind arising out of, or in connection with, the Contest or acceptance, possession, or use of any prize (including without limitation claims, costs, injuries, losses or damages related to personal injuries, death, damage to or destruction of property, rights of publicity or privacy, defamation or portrayal in a false light, whether intentional or unintentional), whether under a theory of contract, tort (including negligence), warranty or other theory.

The Released Parties shall not be liable for any damages caused or alleged to be caused by or resulting from: (i) any entry, prize or other correspondence or data that is lost, stolen, late, garbled, distorted, delayed, damaged or misdirected for any reason; (ii) any failure, interruption, technical malfunction or delay; (iii) any e-mail, text or other communication sent or received to or from the Contest Sponsor or any of its agents or designees, for any reason; (iv) any incorrect, untimely or inaccurate information, whether caused by the Sites, users or by equipment or programming errors associated with or utilized in the Contest; (v) any technical or human error which may occur in the processing of any entry or entries in the Contest; for problems with the function of any website or website feature, howsoever caused; (vi) the malfunction of, or damage caused to, any telephone network or lines, computer equipment, data, software, online systems, servers or access providers; (vii) any functionality lost due to not having cookies enabled; (viii) traffic congestion on the Internet; (ix) the security or privacy of information transmitted via computer networks; (x) breaches of privacy due to interference by third party computer "hackers" or for any damage caused to or incurred by any entrant or any other person by reason of any such event or occurrence; or (xi) technical, hardware or software failures of any kind, lost or unavailable network connections, failed, incomplete, garbled or delayed computer transmissions including lost, misappropriated or corrupted entries, virus, worm or Trojan Horse damage or any other damage which may limit a participant's ability to participate in the Contest.

The Contest Sponsor is not responsible for typographical or other errors in the offer or administration of this Contest, including but not limited to errors in advertising, the Official Rules, the selection and announcement of winners, or the distribution of any prize. The Contest Sponsor reserves the right to terminate this Contest or change these Official Rules at any time, at its sole discretion without notice to participants, subject to approval (where required) by the applicable liquor authorities.

Subject to applicable law, if the Contest is not capable of running as planned for any reason whatsoever, including without limitation, infection by computer virus, bugs, tampering, unauthorized intervention, fraud, technical failures, or any other cause of any nature whatsoever beyond the reasonable control of the Released Parties which corrupt or affect the administration, security or proper conduct of this Contest, the Contest Sponsor reserves the right, at its sole discretion to, without advance notice, terminate or suspend the Contest, in whole or in part, or modify it in any way.

Subject to applicable law and these Official Rules, this Contest and the Official Rules shall be governed by Ontario law and all entrants expressly agree that the Ontario courts shall have sole jurisdiction over any dispute or litigation arising from or relating to this Contest and agree to submit to the jurisdiction of the courts of Ontario. The venue of any dispute or litigation shall be Toronto, Ontario. The invalidity or unenforceability of any provision of these Official Rules shall not affect the validity or enforceability of any other provision. In the event that any provision is determined to be invalid or otherwise unenforceable or illegal, these Official Rules shall otherwise remain in effect and shall be construed in accordance with their terms as if the invalid or illegal provision were not contained herein.

The Contest Sponsor reserves the right in its sole discretion to disqualify any individual who is found (i) to be tampering with the entry process or the operation of the Contest; (ii) to be acting in violation of the Official Rules; or (iii) to be acting in an un-sportsmanlike or disruptive manner, or with intent to annoy, abuse, threaten or harass any other person, or to post inappropriate or demeaning material on the web page. CAUTION: ANY ATTEMPT BY AN ENTRANT OR ANY OTHER INDIVIDUAL TO DELIBERATELY ALTER OR DAMAGE ANY ENTRY OR UNDERMINE THE LEGITIMATE OPERATION OF THE CONTEST IS A VIOLATION OF CRIMINAL AND CIVIL LAWS AND SHOULD SUCH AN ATTEMPT BE MADE, THE SPONSORS RESERVES THE RIGHT TO DISQUALIFY SUCH ENTRANT OR INDIVIDUAL AND SEEK DAMAGES OR ANY OTHER REMEDY FROM ANY SUCH ENTRANT OR INDIVIDUAL TO THE FULLEST EXTENT PERMITTED BY LAW .

The Contest is subject to these complete Official Rules and all applicable federal, provincial and local laws and regulations. By participating in the Contest, you acknowledge that you have read the Official Rules and agree to abide by their terms and by the decisions of  the Contest Sponsor, which are final and binding on all matters pertaining to the Contest. You also acknowledge that this Contest is in no way sponsored, endorsed or administered by, or associated with, Instagram. All federal, provincial and local laws and regulations apply. VOID WHERE PROHIBITED BY LAW.